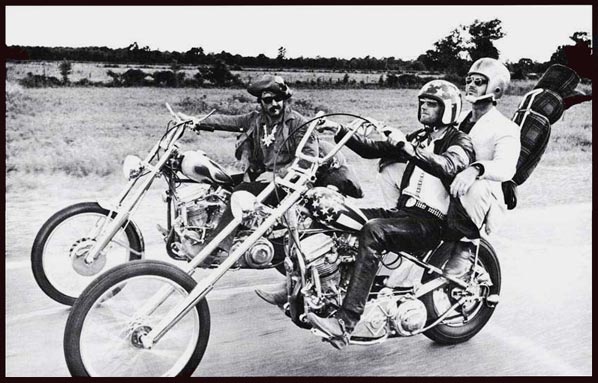 Enter your variables and it will tell you what your trail is. One final entry is for longer tubes as people often ask what happens if they put it longer tubes...Well, things rotate around the rear axle and everything changes.

White guys in a "B" movie that made zillions ...riding bikes built by a Black guy in LA. Choppers go way, way, back. Hell, the Indians had suicide clutches on Buffalos till we wiped out the rolling thunder. A million buffalos was rolling thunder. A bunch of Harleys isn't. Nature rules till we mess with it...there's always payback though.

I was sleeping in Class 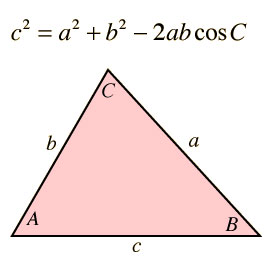 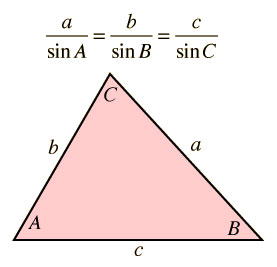 Running from the man...Panheads forever. Who the hell cares about laws anyway? You're an outlaw and laws regarding sines and cosines just don't figure into the picture. Well, get out your tape measure and enter some numbers. Stay away from the chalkboards and that money you were going to pay your rent with is better spent on a new set of tires. The road beckons. 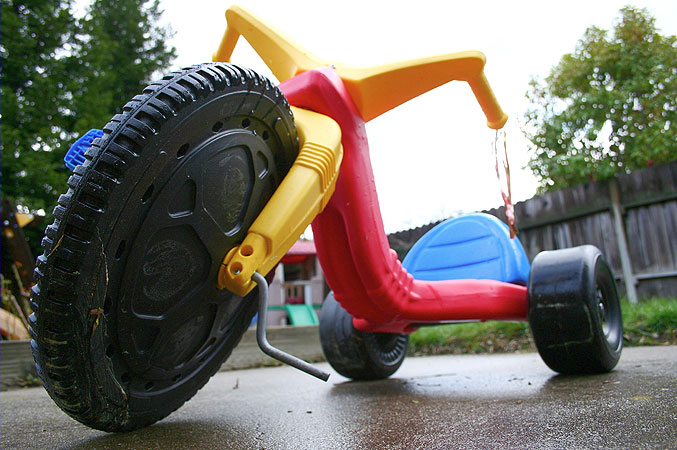 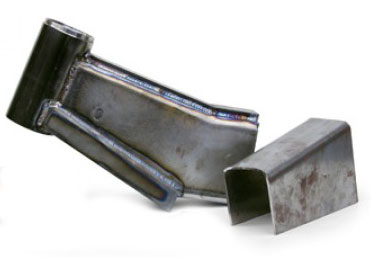 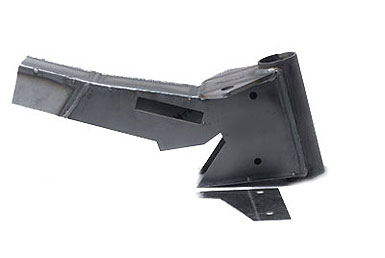 Extended Bagger Big Wheel Mania has spawned an industry of 30" billet wheels and kits to "chop" your frame. We have no idea how you can cut and weld up a frame without a dedicated frame jig. We get calls from people who have installed these "kits" whose bikes have handling issues like weaving at speed. Without a frame jig not only can there be misalignment but there can be twist in the neck. Weldments are under tension and will move when cut. Be aware.

We made road race frames way over 3 decades ago and have been welding for almost four decades. No fixtures is complete insanity. 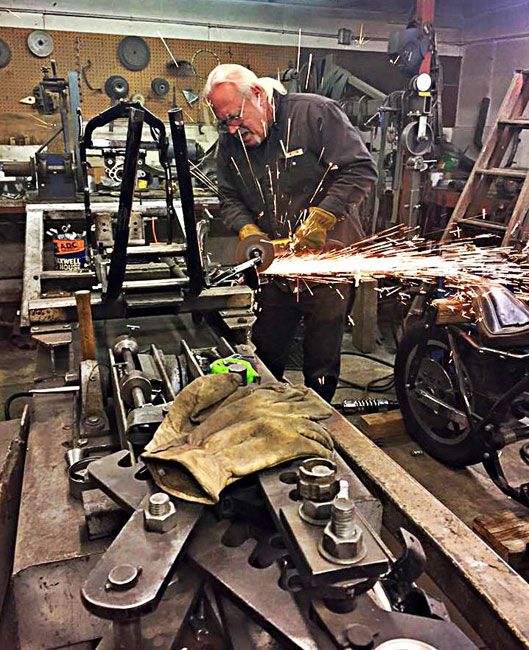 Here Bryan Stock of Bryan's Customs is doing an "up and out 6" rake" on his frame jig. Bryan has done these for 40 plus years and will tell you even factory frames can be off before he modifies them. He has had customers bring him "bagger neck kits" and he has wrestled with them calling them true POS. 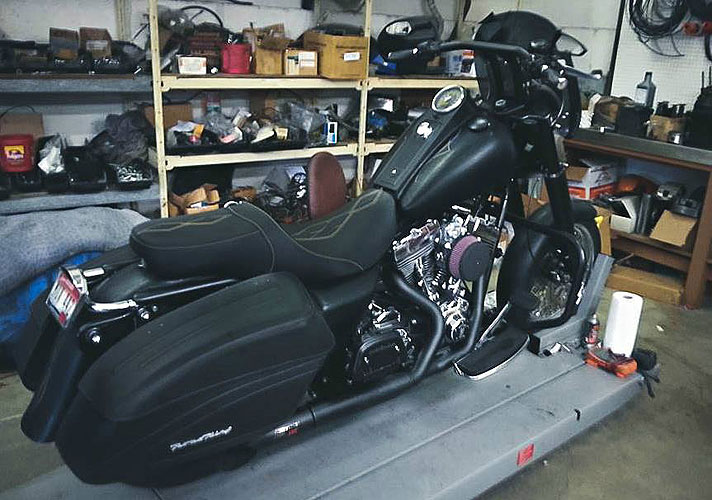 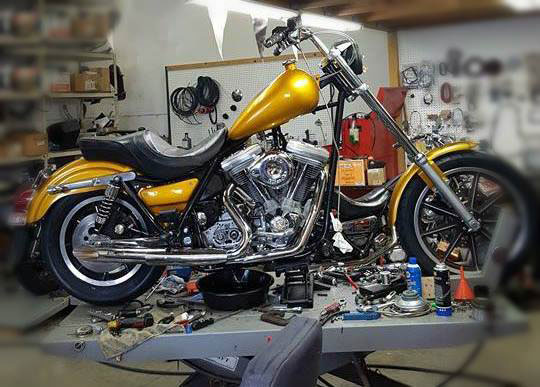 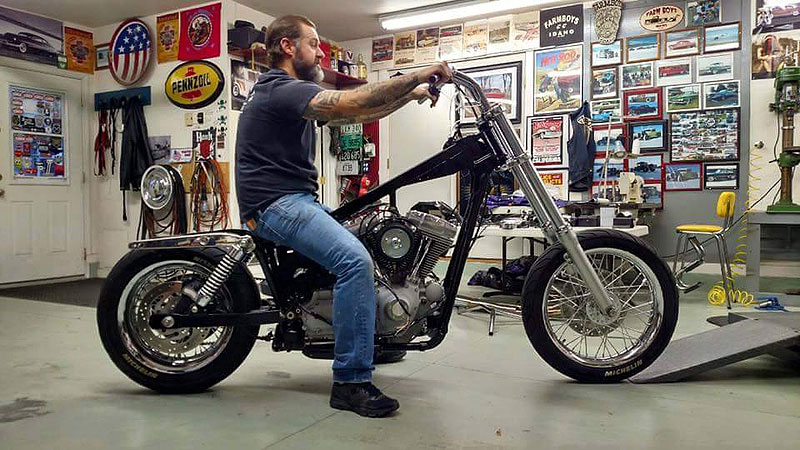 Old School Up and Out. Not the 30" wheel slammed bagger routine.