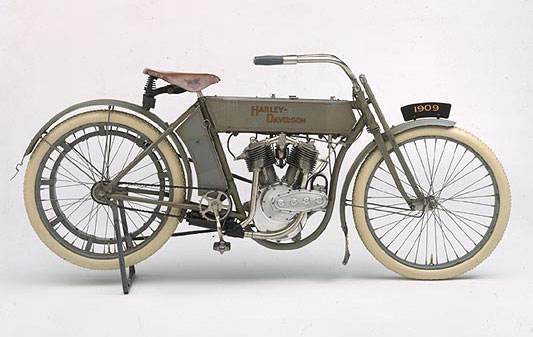 The Harley Davidson 45 degree V-Twin was born from the necessity of fitting an engine in the "V" of a bicycle frame. A bunch of bicycle makers dropped the pedals and the motorcycle was born. A V-Twin, unless it is a 180 degree opposed cylinder, cannot be perfectly balanced without the addition of complex balance shafts. All you can do is minimize the shaking forces.

Early on there were smooth running inlines and all sorts of engine designs but only Harley survived out of all the hundreds of manufacturers that came and ultimately failed. Harley survived by customer loyalty and, not in small part, due to the simplicity of the design that allowed people to tinker, rebuild, and get involved with the product. These days they don't want you to touch pressed together crankshafts, bury the engine's operation in thousands of lines of computer code, and threaten you should you breach the inner sanctum. Brave new world. A recipe for failure...How loyal can you get to a sealed box bound in corporate strings?

For those brave souls left who change rods, pistons and bore sizes, the best you can do is balance it for the intended use and use precise techniques to prevent its premature demise. Excessive vibration fatigues both you and the machine. 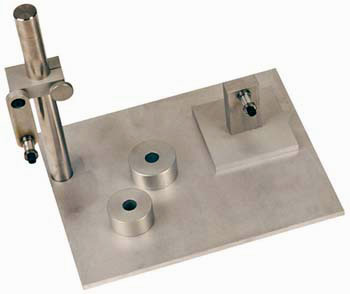 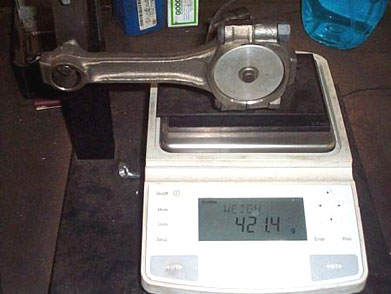 All sorts of fixtures and scales are available so you can weigh the parts of your engine that go round and round. Usually this involves weighing the small end and big end of the connecting rod. This gets sort of interesting because when you add the small end and big end numbers they don't always match the weight of the rod itself. You usually fudge these big end and small end numbers by taking the difference and applying 1/3 to the "small end" and 2/3 to the "big end".

Hey, this isn't Caltech and a Nobel Laureate isn't going to be checking your work. 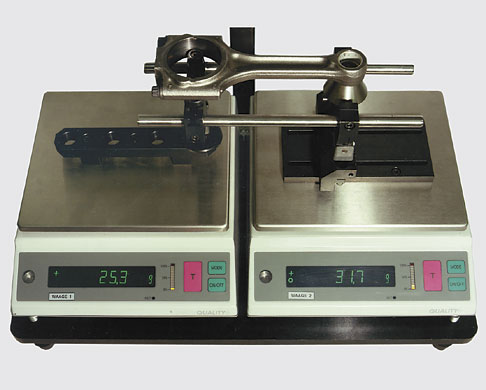 The big boys like Schenck use knife edged balance beams and two scales. Read one, read the other, and you're done. There's always someone smarter than you are. They usually have more money than you. Nothing is fair. 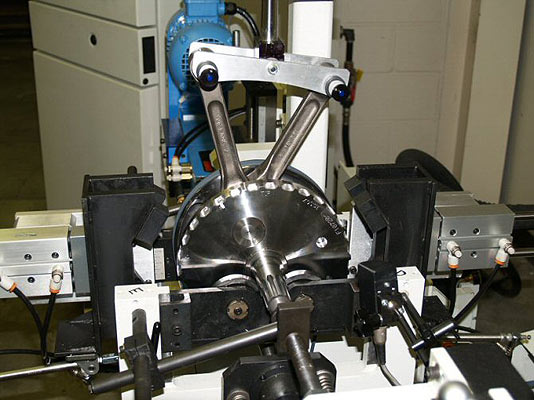 Automotive shops and manufacturers like S&S use computerised dynamic balancing equipment that spin the rotating assemblies with appropriate bobweights. The imbalance is located by the computer and weight is added (Mallory metal), or subtracted by drilling holes of precise diameters and depths on the flywheels. The accuracy of static or dynamic balancing, like most things, depends on operator skill. On a production basis, computerised dynamic wins hands down. Some clown, whatever the method, will always give you your crank back with no clearance on the rods and wheels that look like Swiss cheese.

A myriad of issues like trueness of the connecting rods, trueness of the crankshaft, bearing tolerances, rod clearances, and even crankcase machining issues all come into play. This is what engine building is all about. Smokey Yunick was famous for the extent he went to in trying to get all the clearances right when the engine was at full tilt operating temperatures and rpms...i.e . he went for the win, always. 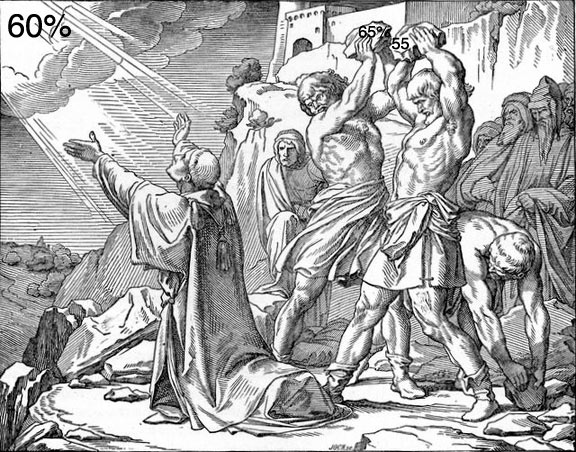 Crawl up the mountain on your knees to find enlightenment from the Guru just above that last ledge. All bloody, and covered in oil, you kiss the feet of the one next to the clouds and he says "60%" and kicks your ass off the mountain. What the heck was all that suffering for? All you got was a number and no enlightenment.

Ask around and the best you come up with is "We tried some different factors and 60% seemed to be the best compromise". Isn't that the basis of most beliefs...i.e. some guy stumbles out of the wilderness, the sweat lodge, the desert, mutters his inspiration, says he saw the number written in stone or gold, and now a millenium later we climb the mountain to the keeper of this knowledge. Hell, he probably had schizophrenia, six wives, ate magic mushrooms, and kept some things going on the side. No one can find the stone or gold tablet but they're still looking.

Comfort in authority. Surrender or be damned! 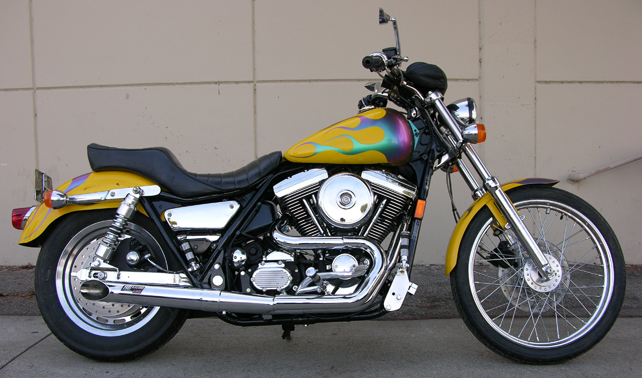 Along came the 1982-1999 FXR with it's Norton "Isolastic" inspired rubber mounting system and the engine shook but you didn't. There's always a way. Siamesed or articulated rods keep the forces in the vertical plane so there is no appreciable side to side rocking couple save the non-symetrical mass of the engine itself. Heim joints limit the side to side movement of the engine which is tied together with the transmission and swingarm. Various companies make devices that limit the side movement of the rubber mounted rear swingarm and drivetrain on the various rubber-mounted FX and FLH Harley engines: Progressive Suspension; and True-Track are some of these.

The physics of the Harley 45 degree V-Twin with it's siamesed crank and 405/315 degree firing order are well known. Primary and secondary shaking forces conspire to loosen bolts, break brackets and kill sensitive components. Some manufacturers put in heavier cranks, 45 pounds or more to hold the fort down. Heavier wheels store energy in low output engines but kill the "rpm gain per second/per second" game. Add a balance shaft and you limit the rpm and add in components that fail.

Lighter weight pistons and pins place less loads on the bearing structure and lessen the forces that shake in the 22.5/22.5 Degree vertical plane. Big heavy slugs are on the way out these days. We use lightweight CP and Mahle pistons. In the case of high output turbos we put in heavy wall pins...but these are not needed in normally aspirated engines. Less weight of reciprocating components means less stress on your engine.

Trying to lighten flywheels for most applications is a no-no. These are tractors and when you let out the clutch you want it to go, not to bog. In S&S Special Application engines, which we base our ORCA engines on, the flywheels are already pretty light. Earlier Harley V-Twins used balance factors of 55% and since 1973 60%. Lighter weight crankshafts for higher rpms are typically balanced in the 52-55% range.