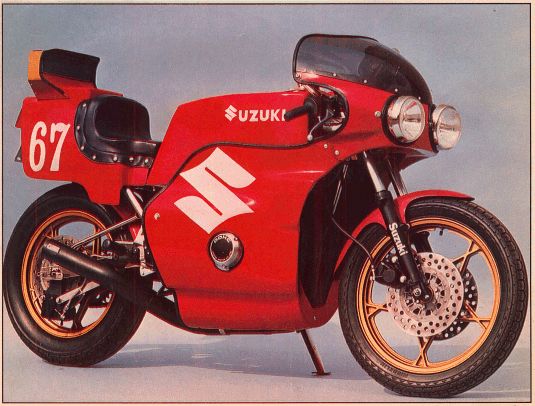 Featured in Cycle Guide this bike went on to numerous race victories ridden by Ed Hileman. Jim Kress originally bought the bike but after one early evening 170 mph Evel Knievel leap across a flood control channel he sold the bike to Ed. Suzuki GS1000 punched out to 1176cc's. Bike got a lot of press coverage. 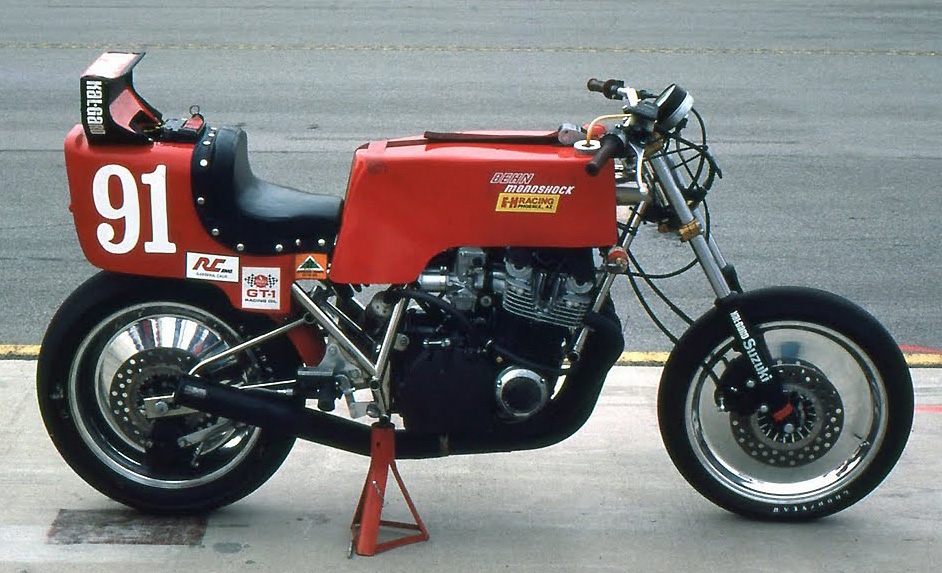 Ed Hileman raced the bike at the Ontario 6 hour a long time ago. Ed still has the bike. He retired from the Air Force and is involved in all sorts of entreprenurial activities including running a Trimaran aground for charity. Some bikes had the early Mitchell wheels. Under 400 lbs.