Harley-Davidson and the Marlboro Man 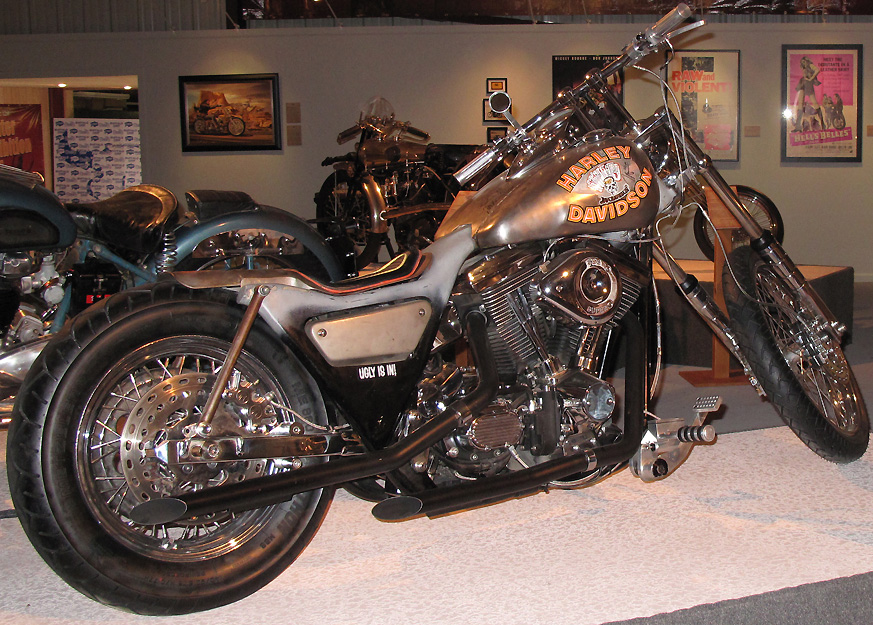 RB Racing made the exhausts for the Mickey Rourke's bike in the movie Harley Davidson and the Marlboro Man. Actually we made several sets of exhaust pipes for Mickey Rourke's FXR when the movie was in the planning stages at the request from Dave Fournier who worked at Bartels Harley Davison, then in Culver City CA. We asked Bill Bartels what he wanted for an exhaust and he said "Just make it stand out because there will be a movie poster of the bike".

Damn bike got famous for some reason. We make a few sets of these exhausts for people wanting to relive the dream. FYI the 1 1/2" pipes on the stroker motor went like stink in 1st and 2nd gear and sort of died in 3rd gear...way too small.

We never painted the pipes they were left bare metal. Not Black as pictured above. 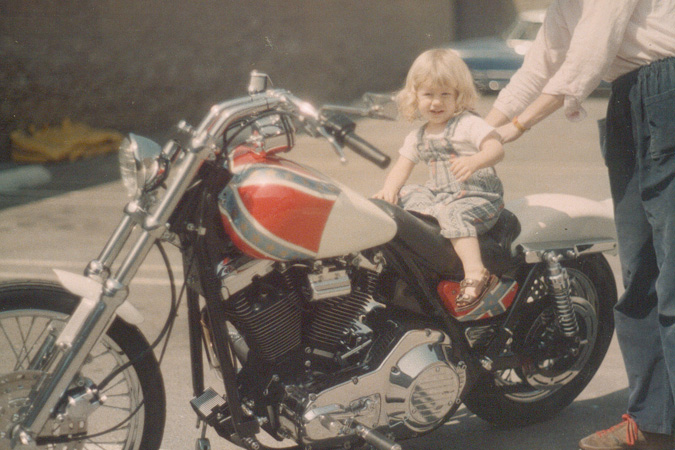 This is Mickey's FXR that we made the original (not movie) exhausts on. It was so long ago that the kid on the seat graduated from Caltech and is has a PhD in physics after 24 years of schooling. Anything but greasy motorcycles. Intelligence seems to skip a generation. 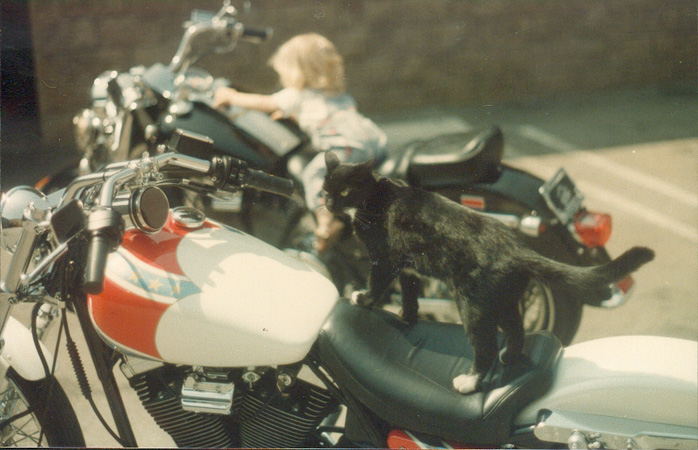 In the late1980's and early 1990's various cocaine dealers, movie producers, wannbees, and movie stars like Mickey Rourke, Gary Busey, James Caan, and Arnold Schwarzenegger got their fancy seats clawed by the late "Two Toes" while their bikes were getting custom exhausts made at RB Racing. The Hollywood "Johnny Rockets" rumble crowd is long gone. Gary Busey bonked his head on a curb one Sunday morning across the street from Bartels and got helmet religion...At least Mickey kept the paint up and the rubber down. 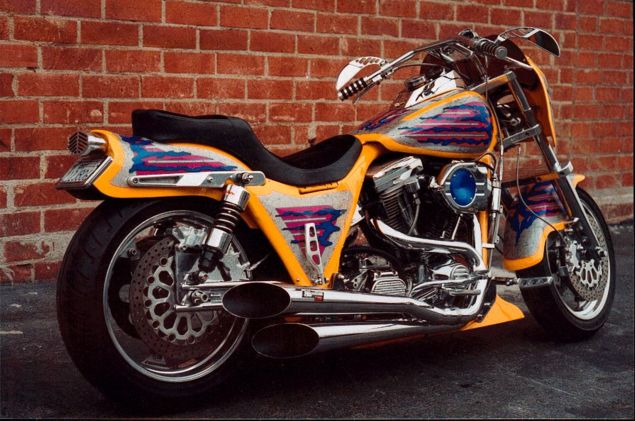 We made a set of two inch severe cut megaphones for Mickey's white FXR so they would stand out on a movie poster..."acres of chrome". Everyone loved them but the decsion was made to just make a set of drag pipes with 1 1/2" primaries so they would "crackle". The bike pictured above was not Mickey's bike...it's just here to show the pipes we made for Mickey's FXR.

Bartels HD ended up copying these after we made them a few sets. Nothing personal they said. Those are also gone. Hooker also made some copies and the V-Rods ended up looking like these. Only so many way to the skin the....

Mickey's FXR Redone for the Movie 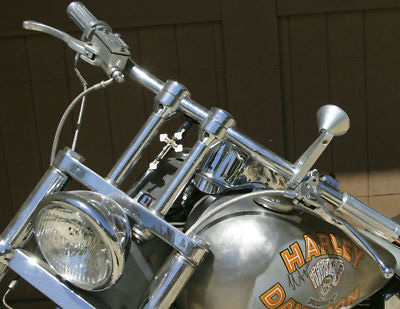 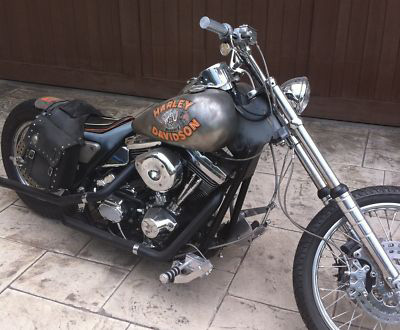 The white paint job and the Megaphones went away and the bike was raked and made as "raw" as possible which going against the fancy paint jobs everyone with money and no common sense wanted. We got the stroker bike back after Dave Fournier put it in it's final format and we made the 1 1/2" drag pipes. Dave may have mentioned that they dropped 40 large ones on it. Dave moved on to Arizona and is probably still a train nut...diesel and steam.

Before the movie guys came to pick up the bike a 3rd gear blast a few blocks from our shop caused a Cop to flip on his lights so we pulled a U-turn and cut behind a gas station and three full﻿ throttle turns later we pulled the door down on the shop while the cops flew by. Eventually they figured things out and three patrol cars later and a negotiation with a Police Sergeant ended things when we showed them Mickey's Registration. Cops like movies. They like extra security gigs and catered food. It's LA. They didn't quite buy the story that "we weren't really running from them" and that we were "just trying to get the battery charged".

Long time ago. Cops have lost their sense of humor these days..go straight to jail. Get towed.

When the movie was over we made a set of 2" drag pipes for the bike. 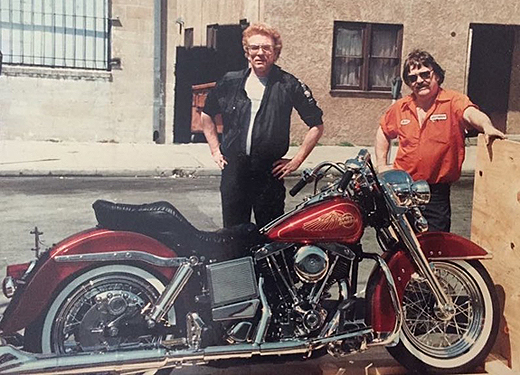 Bartels Harley-Davidson Crew: Gene (left) passed away in Dec 2021. He made things happen and got all the A-Listers on EVOs. We built custom exhausts for Gene's Hollywood crowd. Ask one day for an unspecified one-off new design and we delivered a chromed part two days later.

Dave (right above) built the Marlboro bike, retired from wrenching, and continued chasing his passion for locomotives in Arizona.