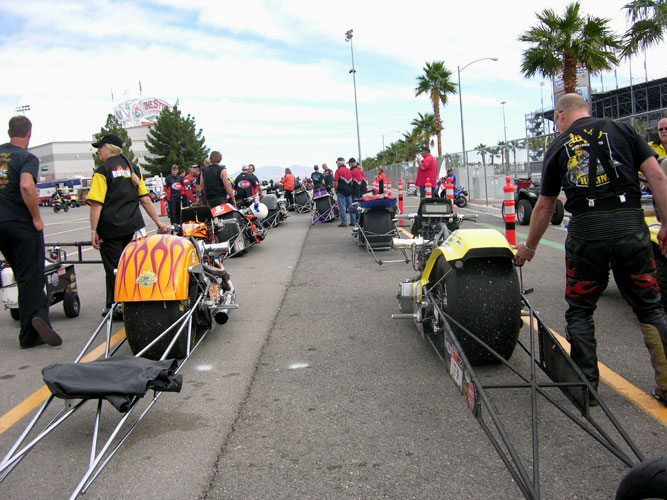 West Coast AHDRA events are about non-existent in today's economy so, if you want to race and you're on the West Coast, it's about 5,000 miles of driving before you get to the place where you can blow up your toy in search of a small purse. Less people are willing to do this. No Pomona, no Las Vegas, no Bakersfield...only Arizona and Woodburn. To get the NHRA interested in putting on a death-defying, crowd pleasing, nitro noise making addition to their event calendar, seventeen Top Fuelers were organized by Fast Lane Racing to show what bikers can bring to the equation. 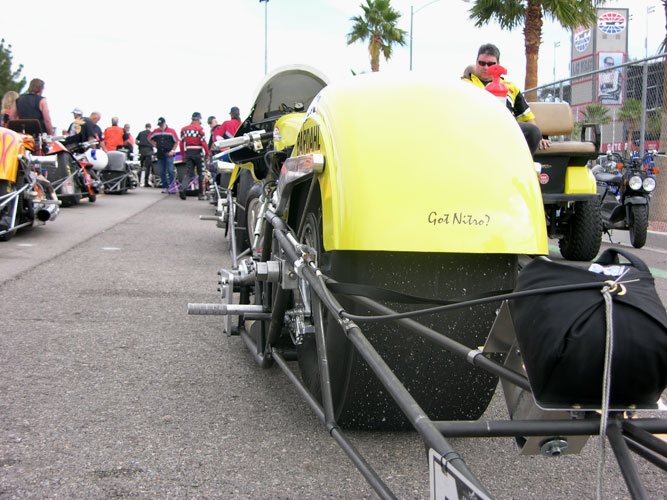 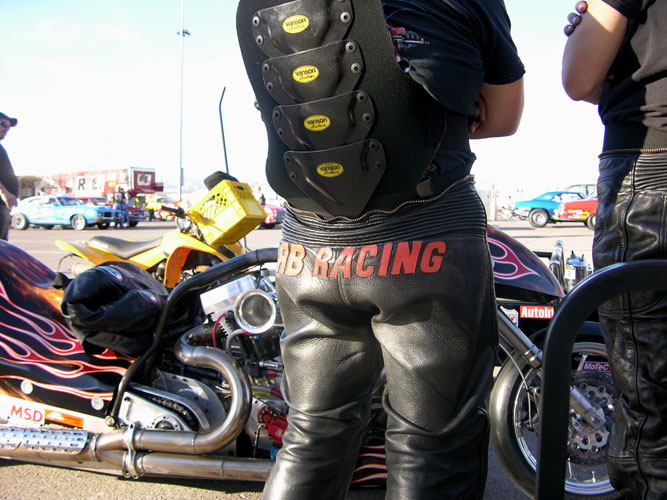 Protection is the name of the game when you strap on a 900hp Top Fuel Harley. You are laying on top of a Nitro bomb with a simple chest protector and, if you go bouncing down the track, sans motorcycle, your Top Fuel leathers and spine protector will try to keep you out of the hospital. Steve got off in 2004 at 204 mph and here he's at it again. 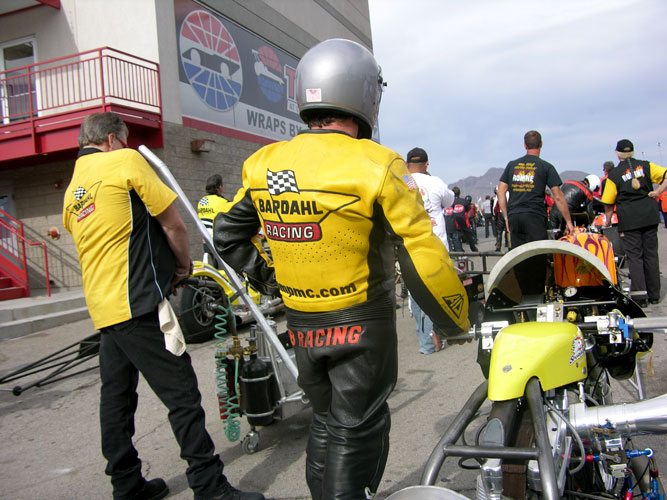 Carl and Steve headed for the starting line. Showtime. 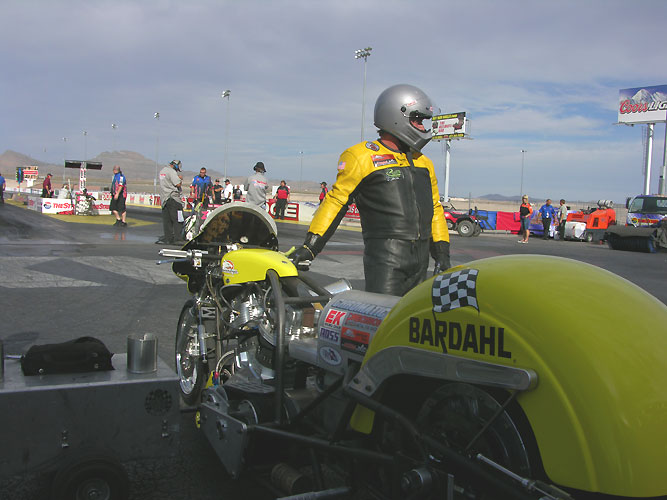 Sometimes you wait at the start while they clear debris from the track when a Nitro engine lets go. Steve Heidner waiting for the "go" from the officials. 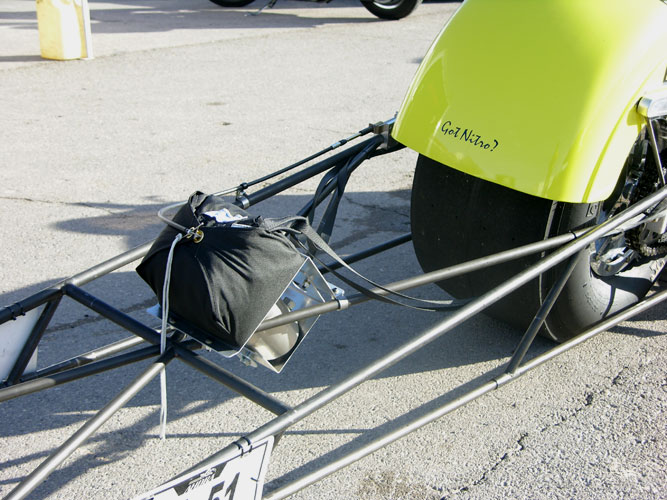 Yes that's a parachute. Carl wanted to come to Vegas to test the chute. Steve popped it at 180+ mph and there was no drama. Some riders have run off tracks and been hurt. The parachute thing is relatively new but Carl is building a new Top Fueler and wanted to test the chute on the older bike. Vegas was the perfect venue for this. 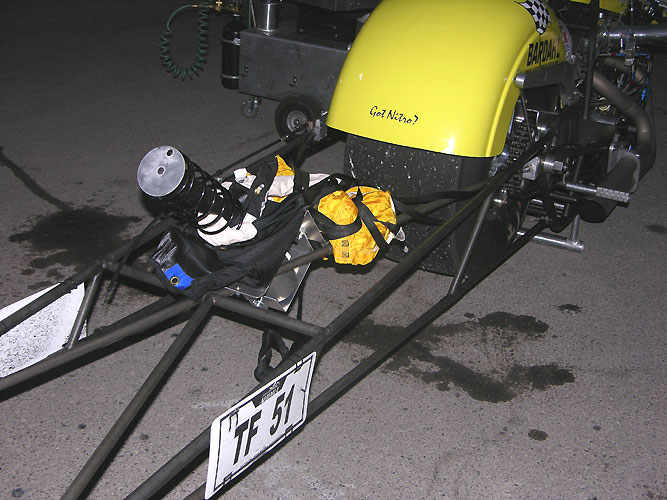 Here's the mechanism that "blows" the chute out. Steve presses a pneumatic button that activates an air cylinder that pulls the pin that holds the spring down. Pop! 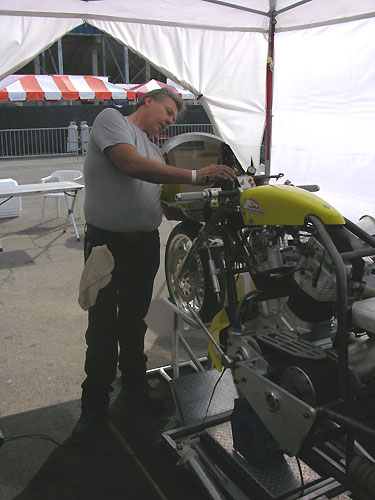 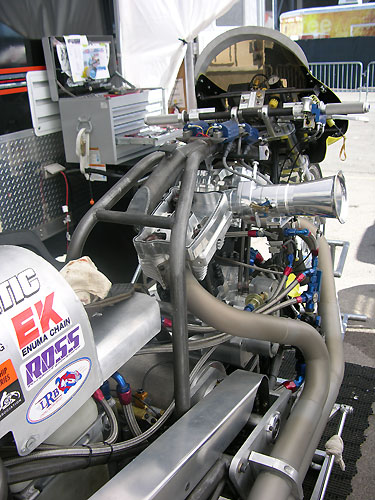