Carl Pelletier's Competition Motorcycles Top Fueler of Boise Idaho: Back in Las Vegas for the 2012 NHRA Lucas Oil Division Finals. The NHRA has expanded its involvement with Top Fuel Harleys as they are crowd pleasers...The bikes are really loud, the spectators can see the riders, and there are no roll cages. Additional events have been added to the NHRA's schedule to increase an awareness of the sport.

No points, no championship...Just an chance to show the NHRA crowd how exciting a 200 mph motorcycle riding on one wheel with no roll bar can be. A bonus for the motorcycle racers is that the event is well-run, the track is well prepared because of all the NHRA four-wheeled crowd, and there is adequate professional safety and ambulance personnel at the track. 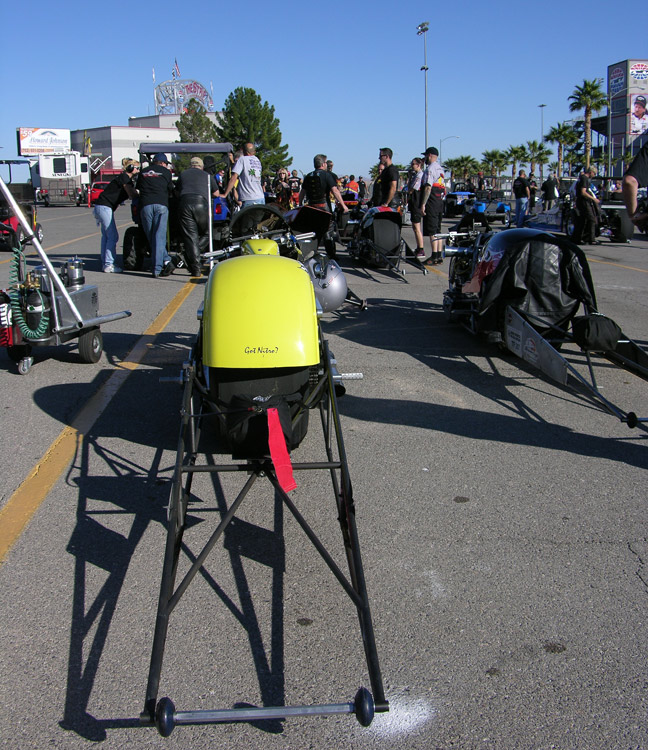 11 Top Fuel bikes showed up for the event to put on a show for the crowd. Weather was perfect with little wind and clear skies. 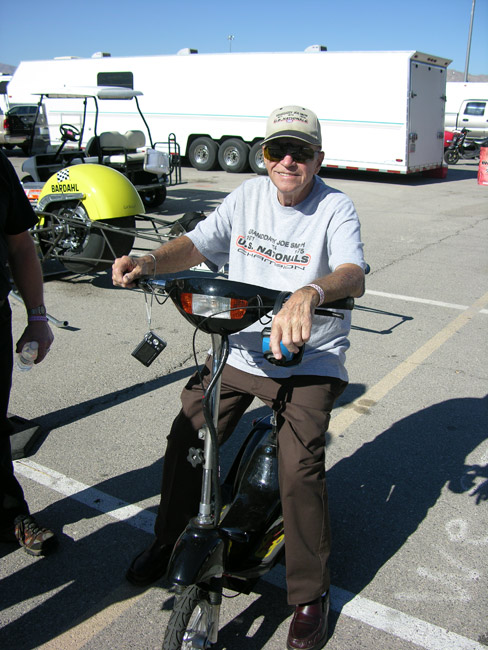 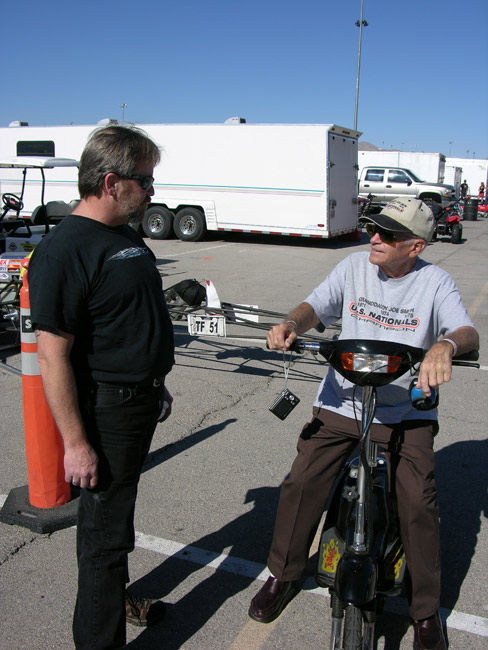 Joe Smith...The Drag Racing Legend and three time Top Fuel Motorcycle Champion 1971, 1974 and 1975, stopped by our pits to look at the bike and talk to Steve Heidner about what else...Drag Racing. Follow the links to Joe's web sites and see who paved the road in Harley Drag Racing at a time when you made it all work on your own nickel and when you had to make everything yourself...Single engined and double engined. Joe did it all and won. He still loves the sport. Once a champion always a champion. 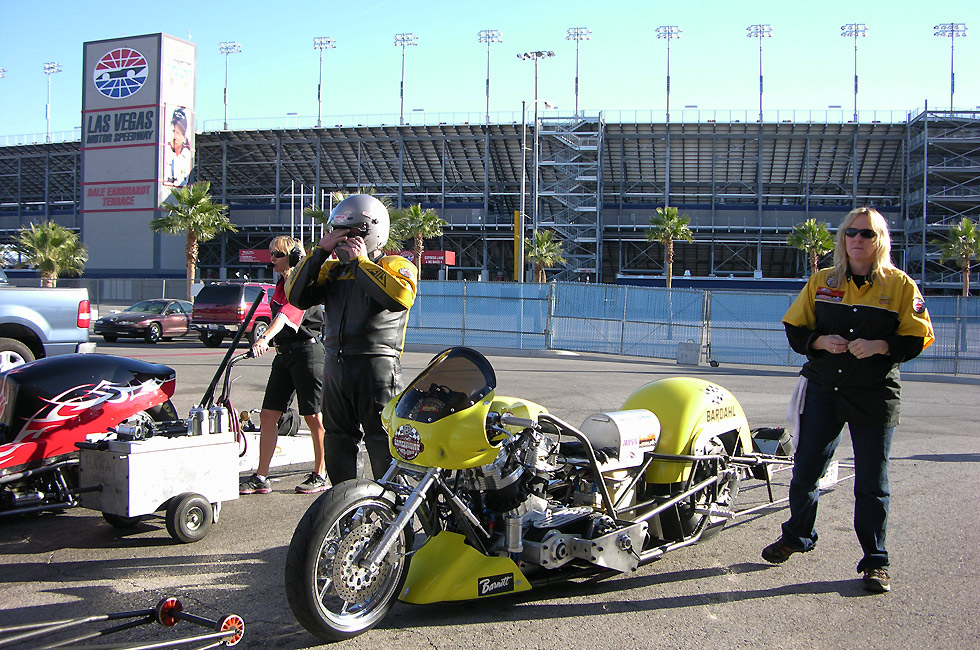 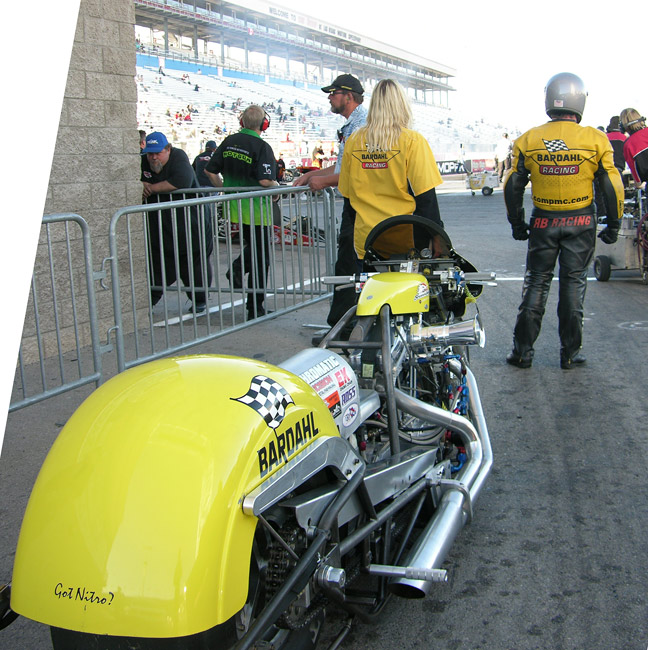 No Championship points and no money. Just 11 bikes demoing for the crowd and a trophy for the winner. Carl Pelletier and Steve Heidner got two runs on each day of the three day meet and put the bike over 200 mph and into the sixes. More importantly they brought the bike home in one piece and with a lot of valuable data for the 2013 season and NHRA's expanded schedule. It's a small, rarified world of nitro-burning two wheelers.