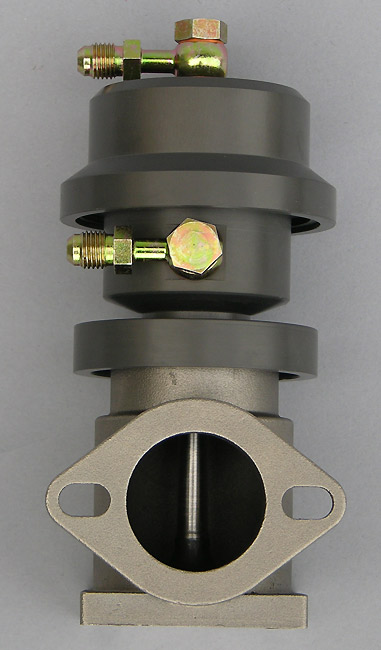 No Stupid Fins, No Stupid Bolts, No Diecast Mushrooms

Slick smooth and elegant...Ready for the opera or all out warfare. No phony fins that make a wastegate look like what you'd get if you crossed a tennis ball with a bag of Ruffles. No damn bolts to loosen and fall out. One clean design that knows what it has to do because it's already had 20 years of development and refinement in the thousands of turbo applications that we have done. We just can't deal with things that are not pretty and we sure won't put up with useless frills like fins on the wastegate's hat or base which have no purpose, or a bunch of bolts that either loosen, fall out, collect water, rust or just plain-ass get in the way. Shit, if you are going to look at it or show it to you friends it shouldn't look like a diecast mushroom.

For the like of us we just can't fathom wastegates that leave the middle of valve stem exposed to the air. This is what we call "tank top wastegates" because their belly buttons are showing. No one in the big leagues does this ie. Porsche, Audi, CART, World Rally Cars, you name it, no one does it. Leaving the hot valve stem exposed to the elements is a cheap ass recipe for disaster. BoostMaster wastegates use full-length bronze guides for precise valve control and they fully protect the valve stem from the elements. The "tank top" wastegates with their air gaps have little or no valve guide control. The wastegate is just like a small internal combustion engine, it just doesn't have an oil system to keep things lubricated and it has the same accuracy and valve seat requirements that an exhaust valve in your cylinder head has.

No Pipe Threads, No Teflon Tape, Hips that Swivel

We hate pipe threads on precision instruments...and teflon tape looks like shit no matter how careful you are. Like Clint Eastwood said in Dirty Harry, "Did I turn the pipe fitting two turns or three turns...do you wanna try one more turn? Do you feel lucky, Punk?". Our AN4 Banjo fittings on the BoostMaster wastegate allows you to easily remove hoses.

Inconel,  Flurosilicone and Other Inca Treasures 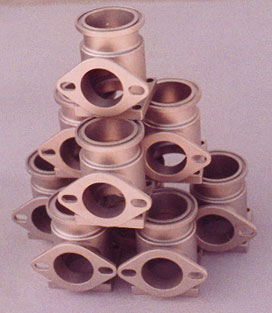 You can't play in the big leagues with cheap ass materials and to repeat the phrase that was made famous during the Apollo 13 mission, "Failure is not an option". In the top picture above on the left is the newer wax pattern used to make the investment castings. Above are the new stainless steel investment castings ready for machining. 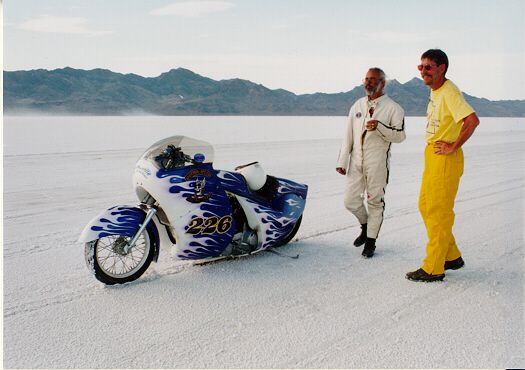 Dozens of speed records have been set at the Bonneville Salt Flats, El Mirage Dry Lakes, and at drag strips with BoostMaster wastegates with a perfect record of reliability. Bury your wastegate in slushy salt with it's exposed valve stem and non-anodized parts and raw iron surfaces and see if it survives a week at Bonneville alternately running 1650 Deg F and then thrown back into the salt to cool off. If you don't push the envelope you won't know what's out there waiting to kill your parts. You can't kill the BoostMaster wastegate. If you have been around turbos and wastegates before you may have encountered a condition known as "runaway boost". This is where the wastegate valve is too small and boost pressures spiral out of control at higher rpms and boost levels. The BoostMaster wastegate uses a 1.750" (45mm) diameter valve that easily controls applications up to 500hp.

We use a four bolt flange to properly distribute the forces around the gasket between the wastegate base and your exhaust manifold. Cheaper designs use only two bolts and are prone to leakage and failure. Stainless steel Allen Bolts with locking features provide a failproof method of wastegate attachment We built some wastegates with Marman V-Band clamps but they proved to take up too much space. The four bolt flange we designed is 2.5" x 2.5" which is the smallest space in which we can bypass enough exhaust to control a 500hp application and maintain a good exhaust seal.

Copper is Never Having to say "Psst..Psst...Psst!"

BoostMaster wastegates come with annealed .062" copper gaskets that will never burn out or blow out...and can be used over and over. It's not the cheap way, but it's the best way and it means you'll never hear the dreaded "Psst...Psst...Psst!" when the gasket fails

BoostMaster wastegates are compatible with pneumatic or electronic control schemes. By controlling the pressure differentials above and below the diaphram with either manual controls or fast acting solenoids, precise wastegate control can be achieved. Without the precise valve control afforded by the close fitting beryllium valve guide, the leakage between the guide and the valve stem in cheaper designs makes this control far more problematic. We know all of you are power junkies who won't be happy till the metal screams "Uncle!"...well Bippy , when you flip the bird to the Corvette in the right lane, screw up your boost and let the BoostMaster wastegate help you kick some fiberglass ass.