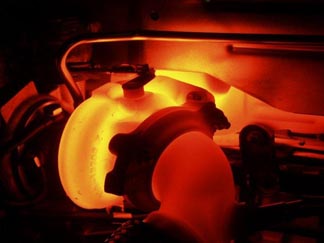 RB Racing has been turbocharging motorcycles since the late 1970's and like in any endeavor has come to the realization that the days of simple plumbing exercises, log manifolds, and carburetion are long since gone. Virtually everything we involves intercooling , water injection, electronic fuel injection, additional injector control and specialized engine components.

If you read the ubiquitous turbo books and study things till your eyes are blurry you will still choose the wrong turbo. The reason is simple...the people who write the books often have never been in the turbo business, and if they have they certainly have only made one or two iterrations of something similar to what you want to do, probably with some parts they had laying around. The earliest books by McGinnis (HP Books) are the best.

When we started making turbos for bikes we could never get any answers so we ended up buying 25 different turbos, each with different compressor and exhaust housings. Twenty five years ago this was maybe $6,500.00 whereas in today's prices it's more like $25,000.00 to $30,000.00 worth of turbos...just to see what happened. As was often the case you simply could not get what you wanted unless you bought two turbos, switched the housings and shafts and made a "hybrid". It was an expensive education then and it's even more so now. 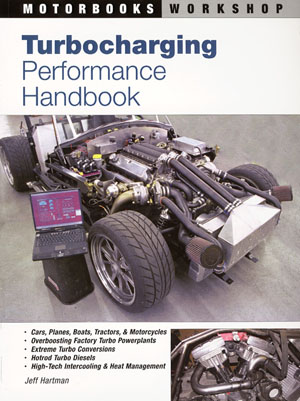 These days things are a lot better and with newer ball-bearing units, electronic fuel injection, intercooling and water injection. We can go faster with less drama albeit with higher costs. The one thing that hasn't changed is that many people who say they want a turbo shouldn't buy one because in today's "me me me now now now" world people just don't or won't accept responsibility for the consequences of doubling or tripling their horsepower.

Pictured above is Jeff Hartman's new book on turbocharger technology. It features Mike Geokan's Bonneville Harley engine on the cover.

Save the Drama fo ya Mama

A long time ago blown engines were a normal part of turbocharging things and broken pistons, split heads, broken rods and fried bearings were just part of the process. These days people think they can dance with the Devil and then go home to Mama. It still isn't going to happen.

For those of you who want to pay the price, like the ballerina with her bloody toes, or the actor who has faced 15 years of rejection, then the glory awaits you at the finish line. Colin Chapman once claimed that the ideal race car "should fall to bits the moment it crossed the finish line, otherwise it was over-engineered". A little careful engineering will keep your turbo project alive, but remember, you are dancing with the Devil...and it is glorious.

It's all about airflow whether it is expressed in cubic feet per minute (cfm) or pounds per minute (lb/min). In any case it takes about 150 cfm per 100hp....so for 300 horsepower you need a turbo that puts out about 450cfm. The real question is what pressure ratio or boost in psi is this airflow possible with your engine. You need to start thinking airflow and not "boost".

Operating characteristics: The compressor operating behaviour is generally defined by maps showing the relationship between pressure ratio and volume or mass flow rate. The useable section of the map relating to centrifugal compressors is limited by the surge and choke lines and the maximum permissible compressor speed.

Surge line: The map width is limited on the left by the surge line. This is basically "stalling" of the air flow at the compressor inlet. With too small a volume flow and too high a pressure ratio, the flow can no longer adhere to the suction side of the blades, with the result that the discharge process is interrupted. The air flow through the compressor is reversed until a stable pressure ratio with positive volume flow rate is reached, the pressure builds up again and the cycle repeats. This flow instability continues at a fixed frequency and the resultant noise is known as "surging".

Choke line: The maximum centrifugal compressor volume flow rate is normally limited by the cross-section at the compressor inlet. When the flow at the wheel inlet reaches sonic velocity, no further flow rate increase is possible. The choke line can be recognised by the steeply descending speed lines at the right on the compressor map.

Manufacturers and their Compressor Maps

We have compiled a listing of turbo and supercharger manufacturers so you can see what is available. If you just want to scroll down the page of all the maps: Click here to see all the maps on one big page.
Garrett     IHI     KKK     Mitsubishi     Eaton     Vortech 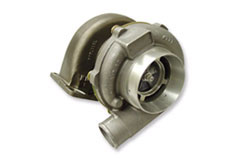 These are the newest of the Garrett series. Unlike some earlier "Ball-Bearing" turbos these have ceramic bearings on both exhaust and compressor side. Quicker spooling and more horsepower and better availability makes these a good choice as opposed to "custom" suppliers. There is wider distribution these days.

Here is a table of info on the GT series. 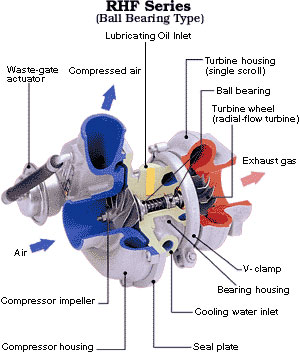 We started using IHI turbochargers in 1979 and have used about every variation they have except for some of the RHF Ball Bearing units which haven't been readily available. We never take the center sections apart as they are precision balanced at IHI. These units were primarily directed at the oem market and the aftermarket sort of had to fend for itself without much cooperation from the oem. They are nice parts and are very reliable and tend to be smaller in diameter, altough wider than some other brands which can aid in packaging. Units for horsepower above 300 horsepower are not in the inventory except for some specialzed Indy turbos that were made a long time ago. 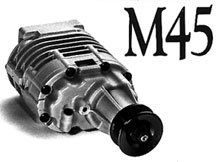 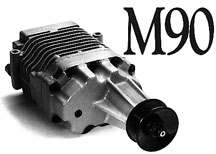 And a single Vortech map showing the S- and T-trim centrifugal superchargers. 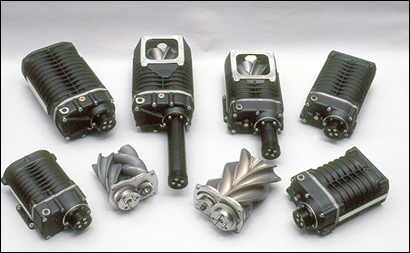 Marketed by various people and used on the new Ford GT